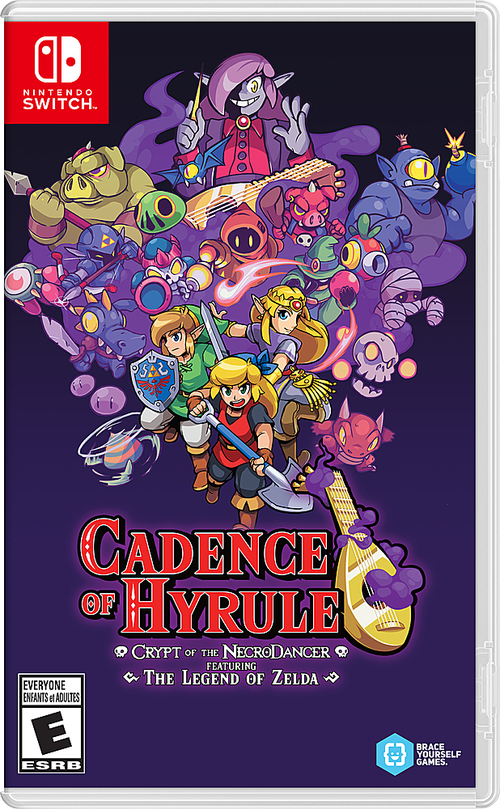 Explore the randomly generated overworld and dungeons on a quest to save Hyrule. Use a combination of iconic Legend of Zelda™ series items and spells from the Crypt of the NecroDancer as you learn and react to enemy patterns. Stay one step ahead of each enemy and boss…or face the music.

-Coordinate your moves and attacks to foot-tapping, head-bopping Legend of Zelda remixes-
Every beat of each remixed The Legend of Zelda™ tune is a chance to move, attack, defend, and more. There are 25 remixed tracks in the base game, but you can look forward to 39 more songs with the included DLC!

-The included DLC brings a crescendo of content—characters, music, modes and more-
This bundle gives you access to all 3 DLC packs as they release! Five additional characters, 39 new remixes, new modes and a brand-new story featuring the mischievous Skull Kid are all included.

In the latest rhythmic action-adventure from Brace Yourself Games, you can enjoy the gameplay of Crypt of the NecroDancer in the setting of the Legend of Zelda™ series. From character and enemy movement to attacks and dodging, gameplay relies on following the beat of the music on your journey to save Hyrule.

From modern-looking Lynels to the Hyrulean Soldiers of old, you must master the instinctive movements of each pixel-art enemy, and strategically outstep them in rhythmic combat. You must be prepared to face Hyrule’s most wicked bosses, which have been transformed into musically-monstrous forms.

Want to march to the beat of your own drum? Fixed Beat Mode allows you to go at your own pace. Enemy patterns remain the same, but they won’t move until you do.

With this bundle, you can access all DLC packs as they are released. First, fight to the rhythm with five additional characters like Impa and Frederick, the shopkeeper, in DLC Pack #1. Next, enjoy 39 new remixes that you can set to any location in DLC Pack #2. Finally, Skull Kid takes center stage in the new Symphony of the Mask story in DLC Pack #3. 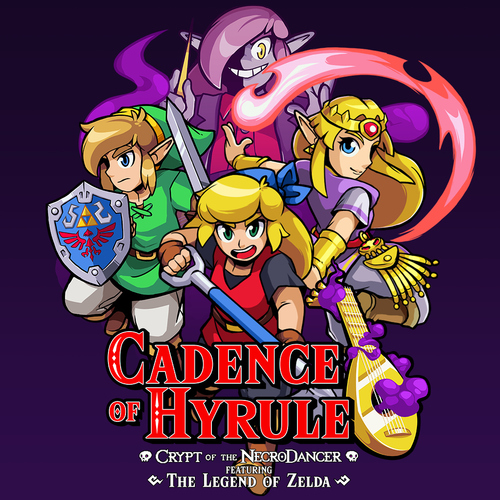 Cadence of Hyrule: Crypt of the NecroDancer Featuring The Legend of Zelda
$24.99 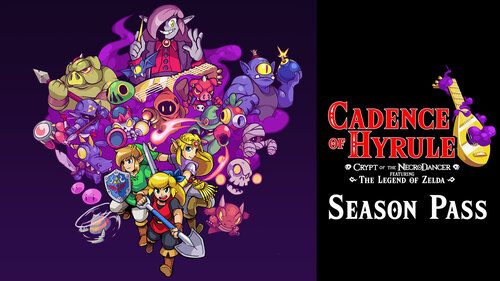 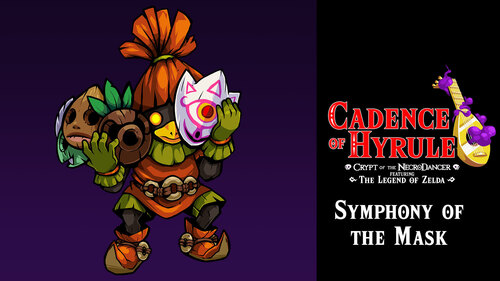 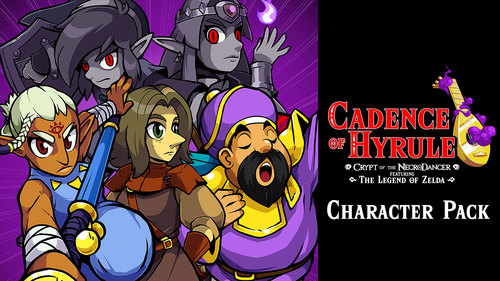 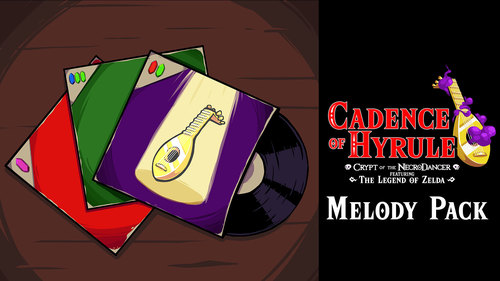 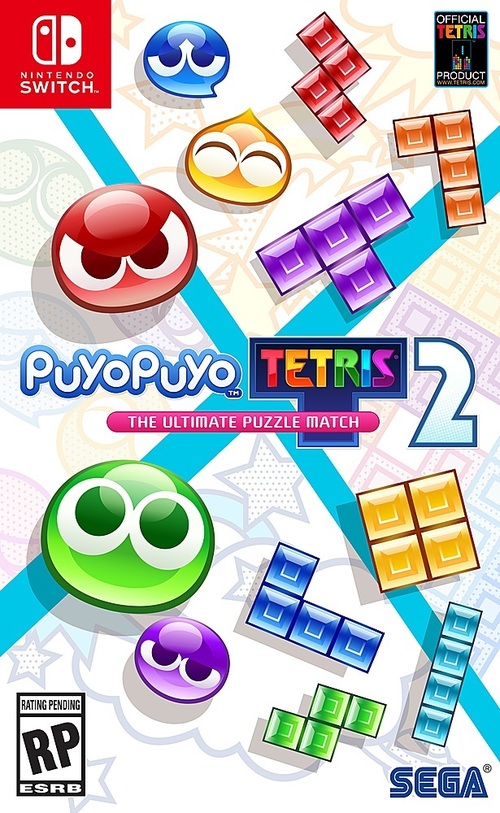 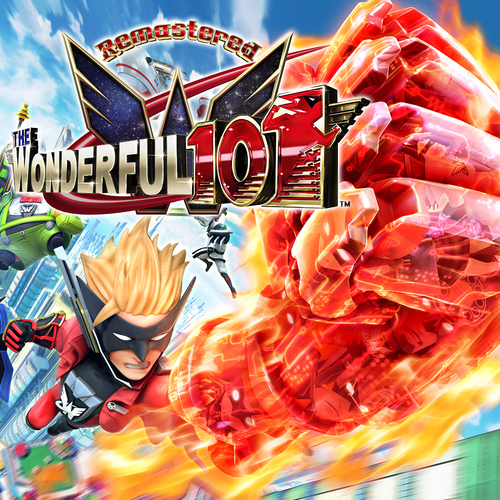 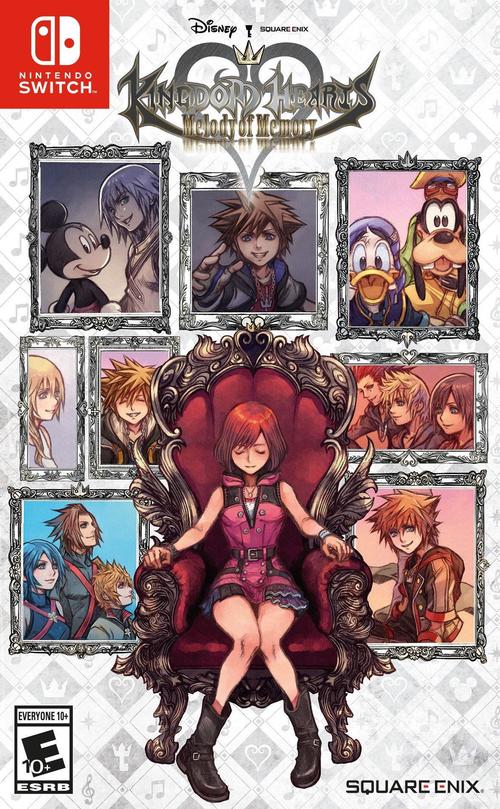 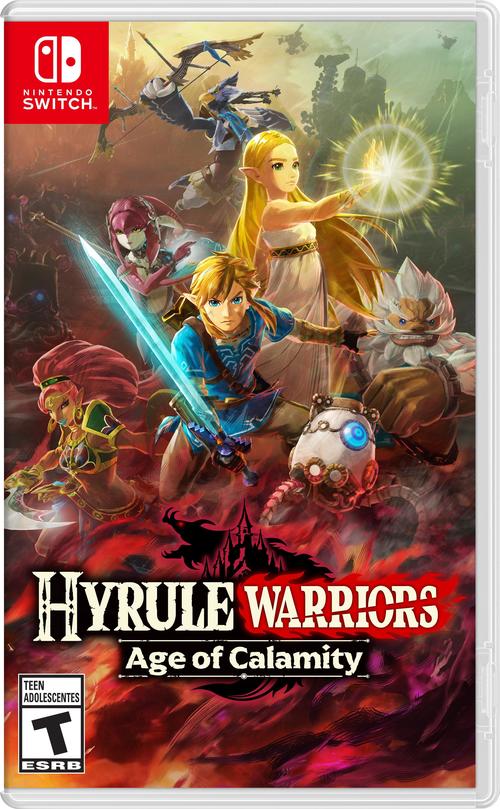 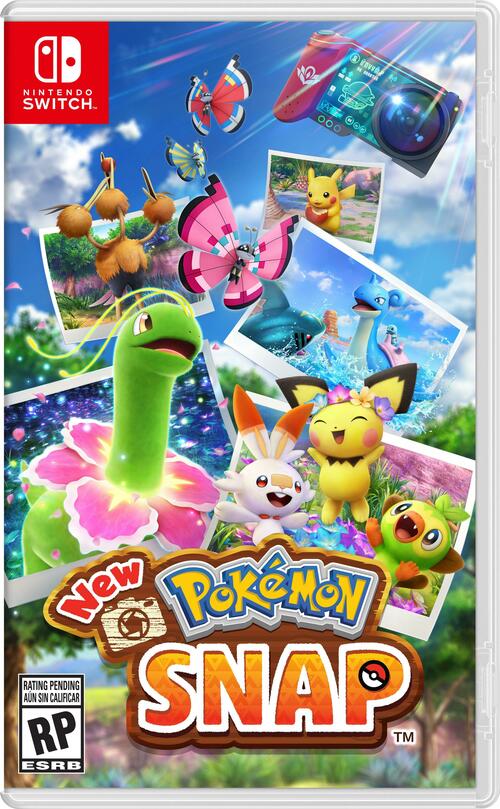